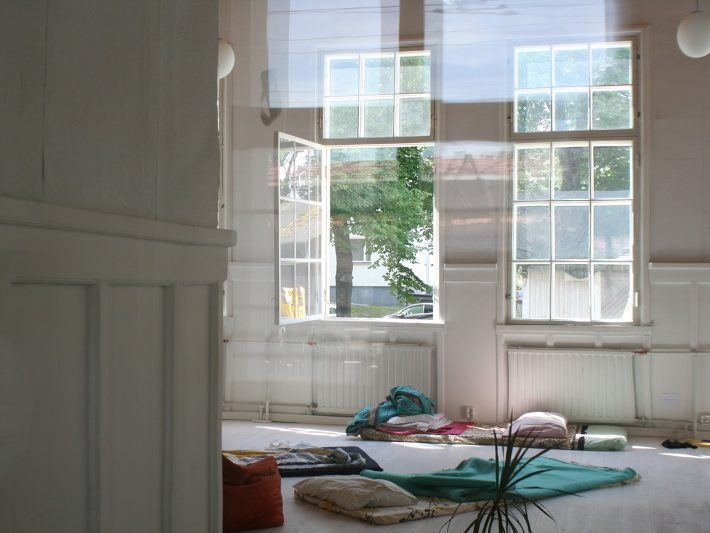 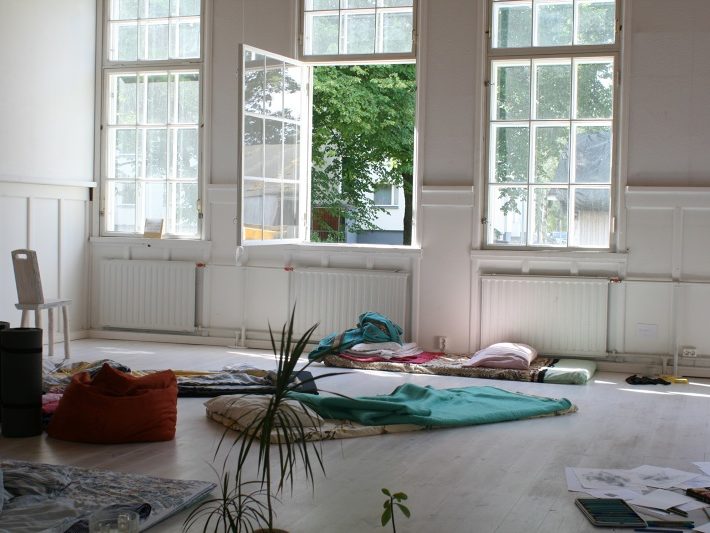 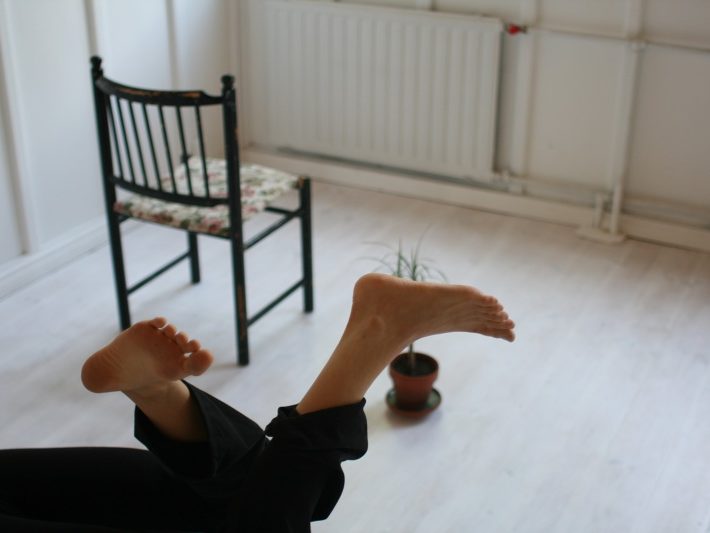 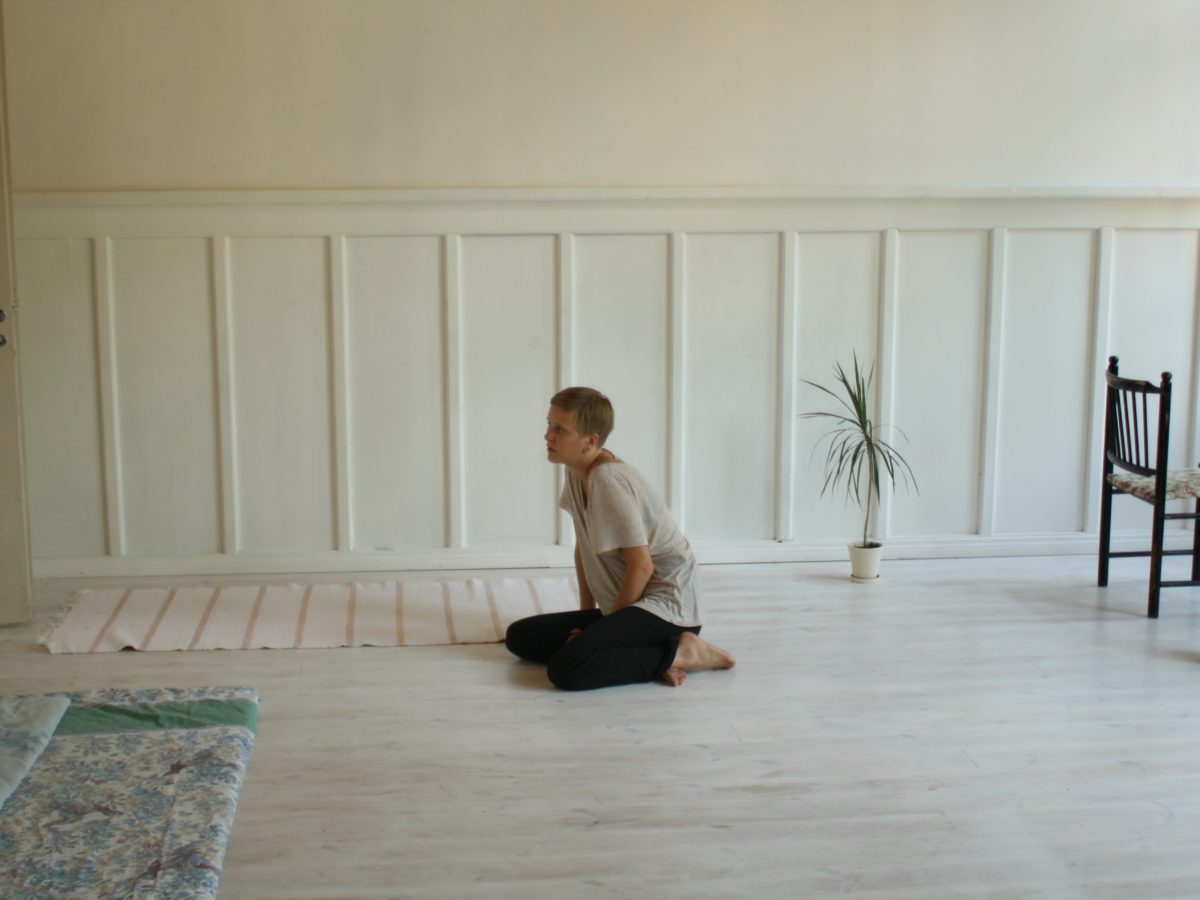 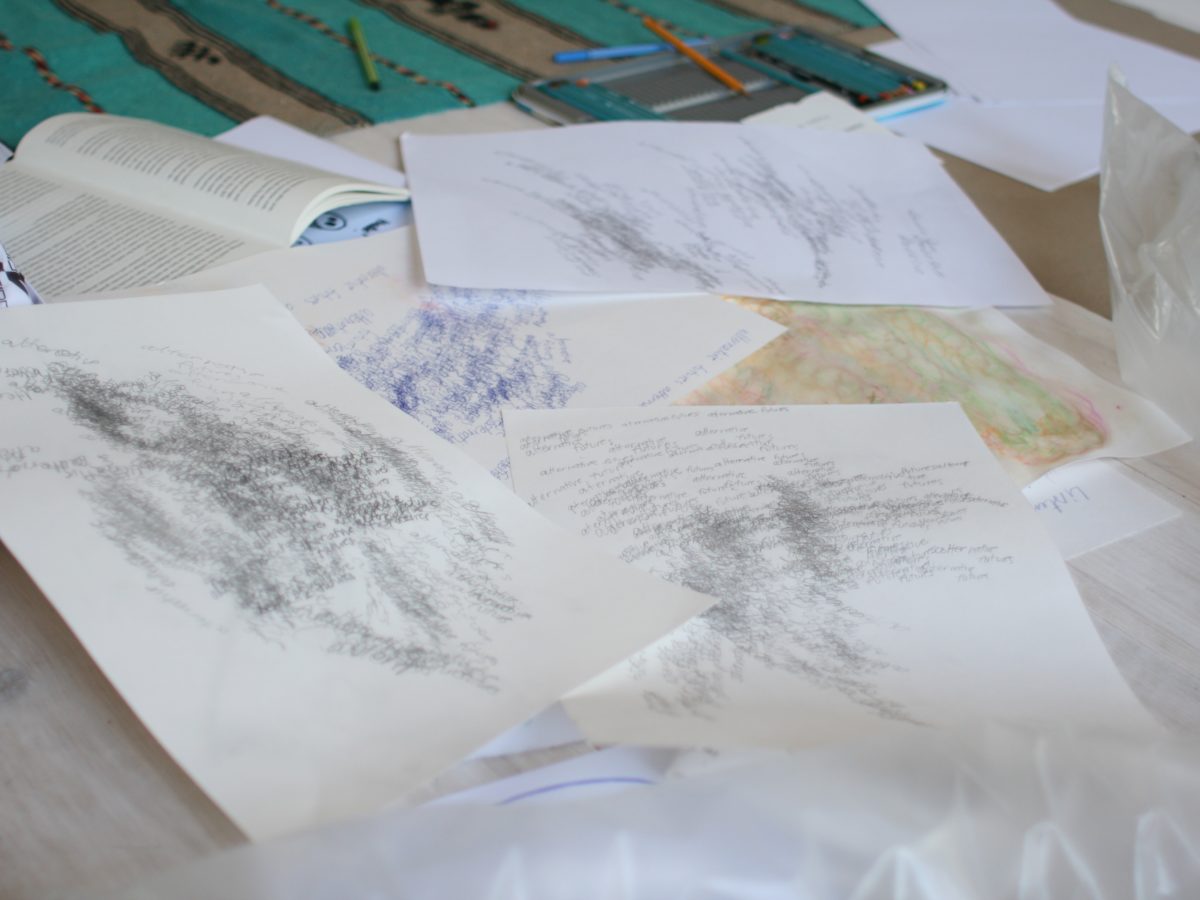 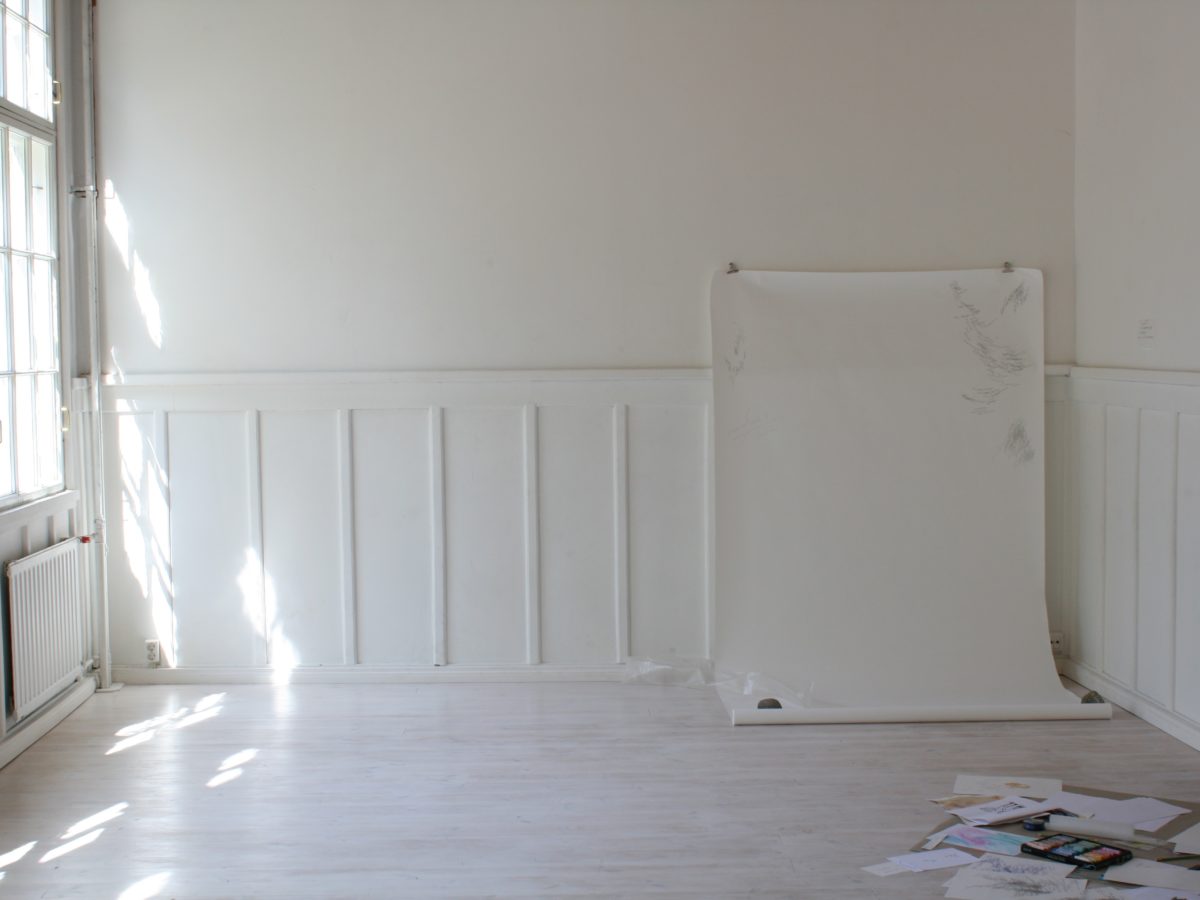 Continuous quest of the twilight zones between being with oneself and being with others, conscious and subconscious, sleep and being awake, doing and non-doing, humans and nonhumans, nature and culture; experiences in constant transition.

Re-timing project is a perennial artistic research project initiated by Teo Ala-Ruona and Gesa Piper. The project investigates ways of understanding and experiencing time and temporality as multilayered and heterogenous, rather than linear and defined concepts. Working group developes practices of re-timing daily lives, in order to try to perceive other beings’ temporalities and to be openly affected by them. These practices are shared with others in various ways: one-on-one performative settings, performances or events. The project is an ongoing initiative to transform human sense of self into more fluid and permeable, open and transformable.

The project started in the beginning of 2016 and had three episodes. The first one was a month-long residency period in Mustarinda-residency.

The second was a week-long performative event in Helsinki, in Asematila. The event was an initiative to experiment how to facilitate an open and transforming space, that could preserve past experiences of its visitors. In the event we invited people and other beings to spend time with us, each other and the practices we had been developing within the project. People were also encouraged to develop re-timing practices of their own. Every day of the event was informed and influenced by the previous one, so that the overall form of the event was left relatively open for any kinds of changes to emerge.

The third episode of the project was a half an hour long opening ritual in the Nordic Permaculture Festival in Isnäs, Finland.

The project was supported by Taike.